Watch this for thirty seconds and tell me what immediately comes to mind.

.
Can you say “Katniss?” Just trade Meryl Streep for Donald Sutherland and throw in a few mockingjays. The guy who plays Jonas even looks like his last name should be Hutcherson-Hemsworth!

When I heard Hollywood was making a film adaptation of The Giver, my reaction was part excitement but far more fear. Why? Because as I explain on The Love of a Good Book this week, The Giver is sacred. 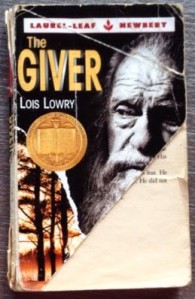 I’ve read Lois Lowry’s masterpiece three times so far and worn my copy to the bone. (The picture at right can attest to this, though I blame the torn cover on my brothers!) The first time, I was probably about twelve years old. And while I enjoyed the story about the colorless, dystopian world that assigned marriages and careers like theatre seats, I only understood a fraction of what I would five years down the road … and again four years after that.

Assigned to read it once in middle school, once in high school, and once in college, you might think I’d be bored of the story by now. But that couldn’t be further from the truth. Instead, I’ve always reached “the end” amazed that I missed so much in the past. The story seems to be constantly evolving–revealing new connections and emotions and “ah” moments depending on my current state of mind or stage in life. To me, that is the sign of a really phenomenal book. END_OF_DOCUMENT_TOKEN_TO_BE_REPLACED

Infidelity. Secrets. Problems with the in-laws. A sex life on the rocks. Oh, and fairy tales. Sound familiar?

Yes, this description fully applies to Desperately Ever After. But it’s also the premise of a series of short videos called Disney Couples Therapy.

The three-minute clips show Disney’s versions of Sleeping Beauty, Belle, the Little Mermaid, and Snow White hashing it out with their romantic counterparts well down the road. They are downright hopeless compared to Desperately Ever After, and show only the couples (no girl talk here!), but fans of the book series may find them clever and definitely worth a laugh.

It’s perfect timing too, because Damsels in Distress (D.E.A. book #2) actually has a marriage counseling scene between Sleeping Beauty and her husband. Look for that August 20. But in the meantime, exercise your funny bone for a few minutes and enjoy these clips:

END_OF_DOCUMENT_TOKEN_TO_BE_REPLACED

Just a quick thanks

As an indie author, I’ve been so humbled, inspired, and motivated by the phenomenal reviews & support Desperately Ever After has received over the past few months.

I set down this road expecting cutthroat competition and closed doors, but instead have found so many amazing writers, readers, and bloggers quick to offer advice, support, and virtual fist pumps.

So here’s just a quick thanks for all of your blog comments, book reviews, tweets, features, interviews (on both sides), blurbs, Facebook likes, Goodreads adds, and general excitement for the women of Marestam. Because of you, I’m approaching the release of my second novel with an ear-to-ear smile and much calmer nerves!

Thanks for giving me a new happy place 🙂

Filed under Desperately Ever After, Misc 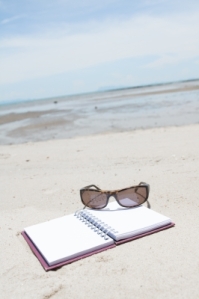 Check out this fabulous list of summer reads put together by Tracie Banister — author, blogger, and co-moderator of the wonderful #ChickLitChat. I’m honored to be included!

If I ever get my act together, I’d love to follow suit and post my own list as well. But for now, it’s back to work on Damsels in Distress … and my upcoming blog tour … and this dear little bun in my oven.

Bestselling author Miranda Dickinson is giving away a signed copy of Take a Look at Me Now through Tuesday (US addresses only, please).  END_OF_DOCUMENT_TOKEN_TO_BE_REPLACED

Author tips: A promo code for the post office 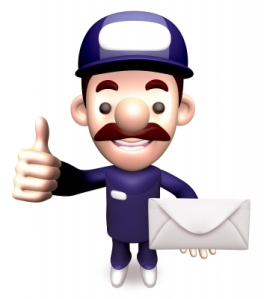 A few weeks ago, I ventured out of my little writing den to mail two copies of Desperately Ever After–one to a fellow author and one to my first Goodreads contest winner.

Like many new authors, I’d been led to believe that rising postage had made print copies prohibitively expensive to give away. And with the rise of e-books, I should avoid doing so at all costs. But as I’ve said before, there’s just something about holding a physical book in your hands. So I sucked it up and pulled out my envelopes.

After assuring the teller that I was not attempting to send any live animals, explosives, drugs, or day-old poultry, this is what happened:

“What’s in it?” she asks, doing that casual I’m-not-actually-looking-at-you thing that postal workers so often do.

“You want the book rate?”

My head knocks back. She actually looks me in the eye and initiates a human connection. “There’s a book rate?” END_OF_DOCUMENT_TOKEN_TO_BE_REPLACED

Wearable book? You’ve got to be kidding me

A couple months ago, I stumbled upon this article about something MIT students were working on called “sensory fiction.”

Essentially, it is a “wearable book” that using lighting, temperature changes, and even a heart rate-altering chest strap to “enhance” the reading experience. Now, in case you have a heart of ice when Anna Karenina throws herself under that train, a machine can force you to be human! Isn’t that great?!

At the risk of sounding like a crotchety old-timer who still prefers paperbacks to e-books (but has accepted the convenience of the latter), COME ON.

Aside from it being a complete insult to writers, didn’t we learn anything from the failure of 3D television sets? Do we REALLY need pulsating lights, a “body compression system,” and a “shiver simulator” in order to empathize with others–real or fiction?

If we do … if we can’t feel characters’ emotions without the help of technology … then pack your bags, society, because we’re doomed.

Click here to read the article in The Guardian and watch a video of “sensory fiction” in action.

And please tell me: What do you think? 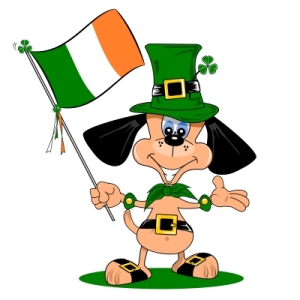 Irish or not, I’ve just drawn the names of five people who are extremely lucky for the day! Rather than using a boring old computer program, I got festive and cut out 19 scraps of green paper bearing the names of those who entered Jason Mott’s fantastic autographed book giveaway, and then drew them out of a hat. (No, I did not use a leprechaun hat, and I don’t own anything from Notre Dame, but I am making corned beef tonight, so my conscience is at ease.)

Thank you to everyone who entered, and congratulations to Bobbi, Whitney, Carrie, Andrea, and Lisa. Expect your autographed copies of THE RETURNED in a few weeks! In the meantime, I highly advise that everyone download The Returned‘s free prequels (The First, The Sparrow, and The Choice). You can finish all of them in an hour, and they’re a great introduction to the world Jason created.

Now, while I sit here and ponder what March 17 means for those of us who can’t tip one back, I’d like to leave you all with a list of The Celebrity Cafe’s top 10 green drinks for the holiday. Happy St. Patrick’s Day!

A couple months ago, I posted about “Newsies,” a 1992 film that holds a sacred place in my heart because:
1) It gave me, at nine years old, my very first celebrity crush
2) The harmonies in the songs still do this fluttery, soaring thing to the inside of my chest
3) It shows the little guy defeating the giant with nothing but the power of the press

Looking at this list, I have to wonder how the film influenced my becoming both a journalist and a singer (through college but since neglected, to my chagrin). One of my best friends and fellow “Newsies” nut also happens to be a journalist. I’m not so sure that’s a coincidence.

But I digress. The point is I that was fiercely loyal to 1992’s “Newsies.” And not just to Christian Bale’s Jack Kelly with the red bandana, but to Crutchie and Racetrack and Davey and all of Brooklyn too. I knew every word by heart and for a while, “Are you a ‘Newsies’ fan?” was one of the first things I asked when meeting someone new. So when I found out that Broadway was adapting it, I was a little skeptical. Then, when I found out they CHANGED the storyline (gasp!) … SCRAPPED my beloved man Denton (hyperventilating) … and REWROTE many of the lyrics so carved into my brain (convulsing on the floor) … I was just about ready to form a picket line.

But to make a long story short, thanks to a half-price holiday deal and the desire to have a girls’ day with my mom, I found myself sitting in seat 5, row HH of the Nederlander Theatre’s mezzanine last Wednesday.

And I stand humbly corrected.

First, Corey Cott was phenomenal as Jack Kelly. Not only could his voice run circles around Bale’s (no big surprise there), but he really made the character his own. Lovable and goofy but conflicted and strong … he didn’t just try to imitate Bale’s version. Not at all. He took it and made it so much better. And with thousands of fiercely loyal fans holding him under a microscope, that is NOT an easy task! END_OF_DOCUMENT_TOKEN_TO_BE_REPLACED

When your toddler knows Tolstoy better than you do…

Jane Eyre for babies? You betcha!

While flipping through my issue of Kiwi Magazine the other day, hours after finally starting my own ever-daunting baby registry, I came across something that I simply had to share. It’s called BabyLit, and it’s a phenomenal way to  introduce your little bibliophile-to-be to the world of classic literature.

The illustrated board books take on masters like Twain, Austen, Tolstoy, and Shakespeare–all while teaching kids how to count and identify colors. Check out the great selection of titles, almost all priced at $9.99, at babylit.com.

Huge congratulations this morning to Rhonda for winning a copy of Melanie Dickerson’s The Captive Maiden during this week’s author interview. I had a blast hosting Melanie and am happy to see she gained a few new fans in the process 🙂

I’ve also received word that all four of Melanie’s books are Kindle Daily Deals on Amazon today, which means you can snag any one for just 99 cents. Coincidentally, the print version of Desperately Ever After is at its lowest price to date today. So for both of these reasons … get thee to Amazon!